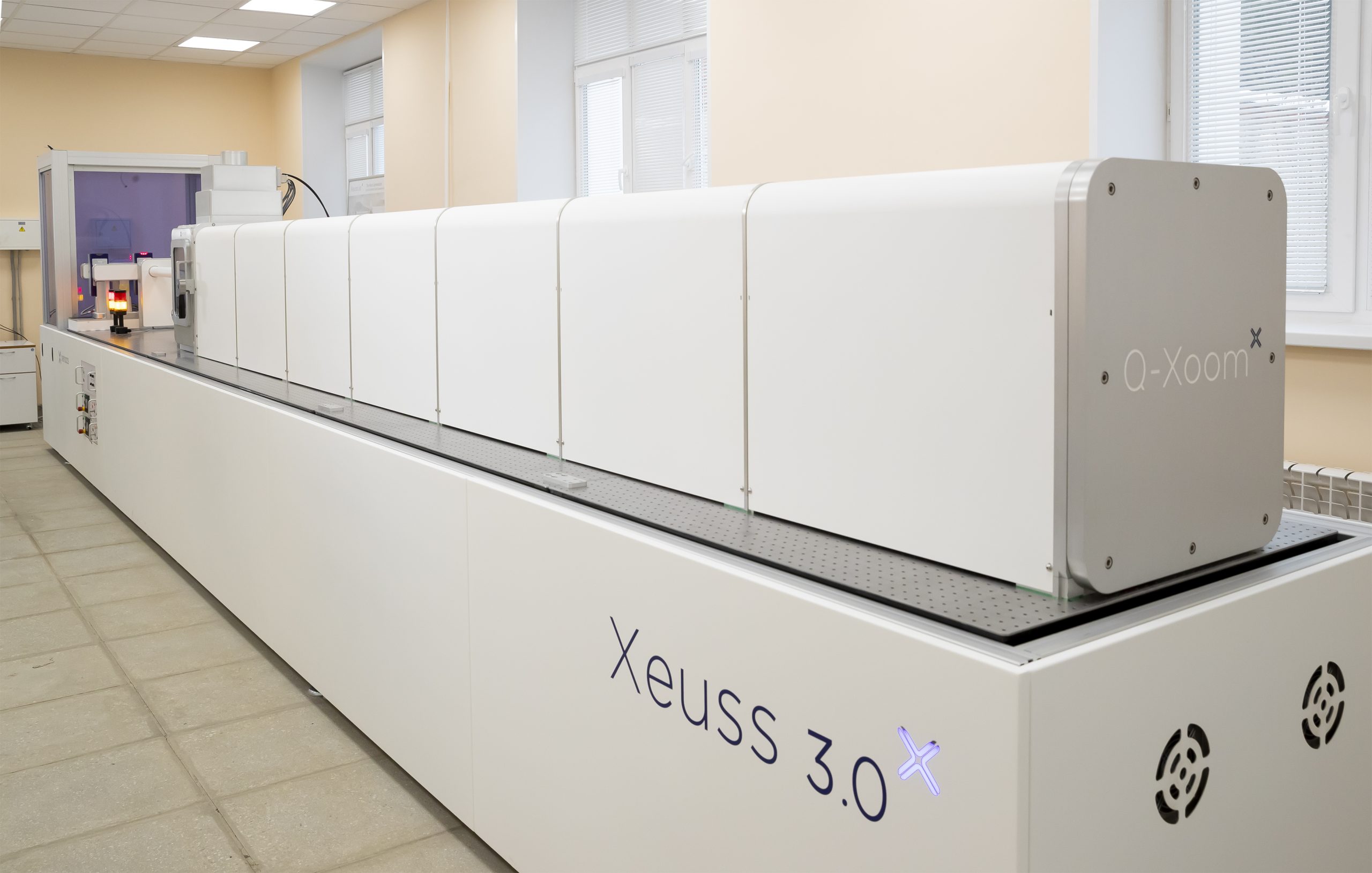 It is difficult to imagine modern research without life sciences. Scientists strive not only to learn the fundamental laws of the universe, but also to improve the quality of life of mankind, to solve acute issues of healthcare, agriculture, ecology, and the search for new energy sources. Problems in the field of life sciences have long and firmly entered the circle of research of the Joint Institute. The creation of the MSC-230 medical cyclotron begins, research is underway on the  effect of cosmic radiation on living organisms, as well as  genetic studies of longevity , vast experience has been accumulated in the field of proton therapy, the  ARIADNA complex  for applied research, including medical research, is being actively developed at the future  NICA collider. And the list, of course, is not limited to this. The instrument base of the institute for these purposes is also expanding. The new X-ray scattering station Xeuss 3.0  at  the JINR Laboratory of Neutron Physics, among other things, is used for research in this field of knowledge.

A wide choice of sample holders allows specialists to study biological objects in solution. Such work was recently carried out by a researcher at the St. Petersburg Institute of Nuclear Physics named after B.P. Konstantinova ( PNPI ) Candidate of Physical and Mathematical Sciences Ekaterina Yashina, who defended her dissertation at JINR in 2020.

“The main object of our research is chromatin, the content of the nucleus of a biological cell. DNA is stored and functions in the nucleus, i.e. genetic information about an organism. This is a very large molecule: if you unfold human DNA, its length will be about 2 meters, ”says Ekaterina. This long polymeric molecule is “packed” into the nucleus with the help of special architectural proteins, i.e. it is “stowed” in a certain way in the nucleus. An interesting fact is that the volume of this core is relatively small, but at the same time, such a structure still allows you to perform all the biologically inherent functions. “A molecule cannot be arranged chaotically, like a thread in a ball,” emphasizes the PNPI researcher. — There is a special multilevel organization of chromatin. This is what we are studying with the help of small-angle scattering at the FLNP station.”

Most of the biological discoveries in the field of DNA research have been made using the microscopy method. However, it has a number of limitations. For example, it allows you to see only the surface of the studied sample, in addition, it is not always possible to study the object in native conditions, and there are restrictions on the size of the samples. Therefore, scattering methods are widely used to study the internal structure of biological objects.
The main method for studying chromatin in the nucleus of a biological cell, which is used by the PNPI research group led by Sergei Grigoriev, in which Ekaterina works, is small-angle and ultra-small-angle neutron scattering. During the five years of the group’s work, the nuclei of chicken erythrocytes, the nuclei of HeLa cells and the nuclei of rat lymphocytes were studied at the KWS-2 and KWS-3 facilities of the International Neutron Center  MLZ , Germany, Garching. Due to technical problems, the work of the center has been suspended for the past two years, which encourages scientists to master new methods and new experimental stations.

“I am working with X-rays for the first time. Since there is a shortage of neutrons now, we are exploring new horizons, new methods,” emphasizes the scientist from PNPI.

She noted a number of advantages of the X-ray facility for the study of biological objects. Since the intensity of X-ray and synchrotron sources is much higher than neutron sources, measurements are carried out with a better resolution, as a result of which all features in the scattering curve appear much more clearly, measurements are faster, and much less sample volume is required. To study objects at Xeuss 3.0, a sample volume is required that is several times smaller compared to the experiment at the best small-angle neutron station, and the data acquisition rate is approximately twice as high. However, the technique of contrast variation, which is in demand in biological research and has been well tested in neutron scattering, is still difficult to implement using X-rays, although it is possible.

According to Ekaterina Yashina, the DNA molecule is packed in a fractal way.

“Before the Xeuss 3.0 studies, we found, using small-angle neutron scattering in experiments in Germany, that chromatin has a bifractal structure,” said Ekaterina. “At large scales, the structure of chromatin is described by the logarithmic fractal model, and at smaller scales, by the volume fractal model.” 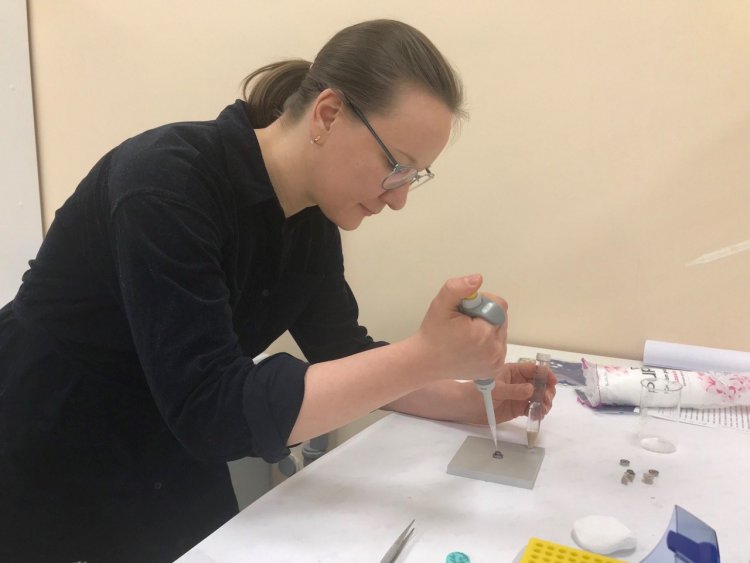 The term fractal was first introduced by Benoit Mandelbrot in the late 1960s. last century. Its purpose is to describe complex objects. In fact, this is a kind of principle of self-similarity, in which one structural element of an object is repeated in the next. Vivid examples of fractals are the Sierpinski triangle, the Koch curve, or any coastline. All of the above examples correspond to regular fractals, which, in the framework of the concept of small-angle scattering on fractals, correspond to volumetric fractals, which are characterized by the corresponding fractal dimensions. The term “logarithmic fractal” was introduced relatively recently, and one of the many examples of a logarithmic fractal is a fractal that describes the law of tree growth [1].
So far, a group of scientists from PNPI managed to study a small number of samples. To study the structure of chromatin using neutrons, Ekaterina Yashina and colleagues used the nuclei of chicken erythrocytes [2], the cell line of HeLa nuclei (cancer cells) [3], and the nuclei of rat lymphocytes (immune cells) [4]. All three samples showed a bifractal organization of chromatin with volumetric and logarithmic fractals. Scientists believe that such a bifractal organization of chromatin in the nuclei of biological cells is universal and is necessary for the cell to carry out its biological functions. However, this hypothesis needs to be tested by numerous experiments and simulations. It is also important to understand what influences can affect chromatin and how we can change its structure. To do this, scientists formulated several experiments to understand how the structure of chromatin is related to the biological functions of DNA, such as transcription, i.e. reading information about the structure of proteins that the cell should synthesize, or repair, i.e. restoration, “repair” of DNA. Using the Xeuss 3.0 facility, researchers from PNPI are studying the nuclei of immortal cell lines that have been treated with special substances, exploring how enhanced repair or transcriptional suppression changes the structure of chromatin.
Source: Joint Institute for Nuclear Research.